Whenever I find designs in everyday objects that went through a rigorous thought process, I do a victory dance inside my head. It fascinates me when a lot of thought has gone through designing things we use everyday. Things that are intuitive enough to go unnoticed.

Sometimes when I enter or exit an establishment I give it a Norman Door test just for fun. And if you happen to be one those people who find pushing or pulling on a door confusing, especially glass doors you are not alone. It’s not your fault, its a design failure.

Norman Door named after Don Norman, the author of The Design of Everyday Things (Published 1988) which explored the phenomenon of a poorly designed door that fails to give the users any idea if they should pull it or push it.

I’m a mediocre consumer, my wife trained me to only buy things I need. So my contact with consumer products is minimal and mostly in the form of groceries. On occasions when I do my supermarket runs some items that have caught my attention are those easy to open cans (although popping the tabs needs to be reworked). 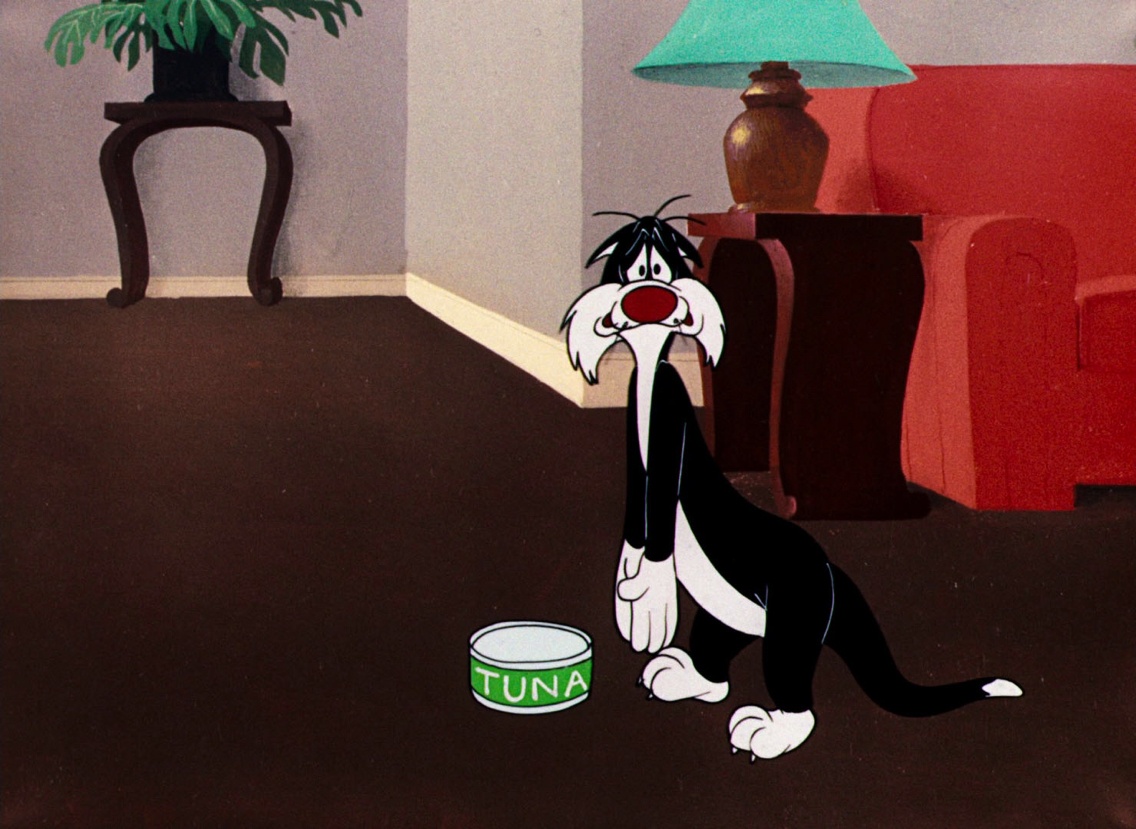 We all know this scene ended badly for poor Sylvester the Cat. If only he did not need a can opener to get to his food. How about those resealable bags? Knowing that I don’t have to finish an entire bag of chips in one seating because they will go bad helped me stay in shape. Well not really but it was still a good idea.

So a couple of months back I needed to buy a mouse. I was not in the market for a super sexy, high performance game mouse. I just want a usable mouse that could help me get some work done dragging and pushing pixels. I didn’t even go to an electronics shop or a computer wonderland. I bought my unassuming mouse at an office warehouse kind of a depot.

I picked up a Logitech but I wont go into the the details why I chose this particular mouse because this has nothing to do with that. I want to talk about the packaging the mouse came in or out of? 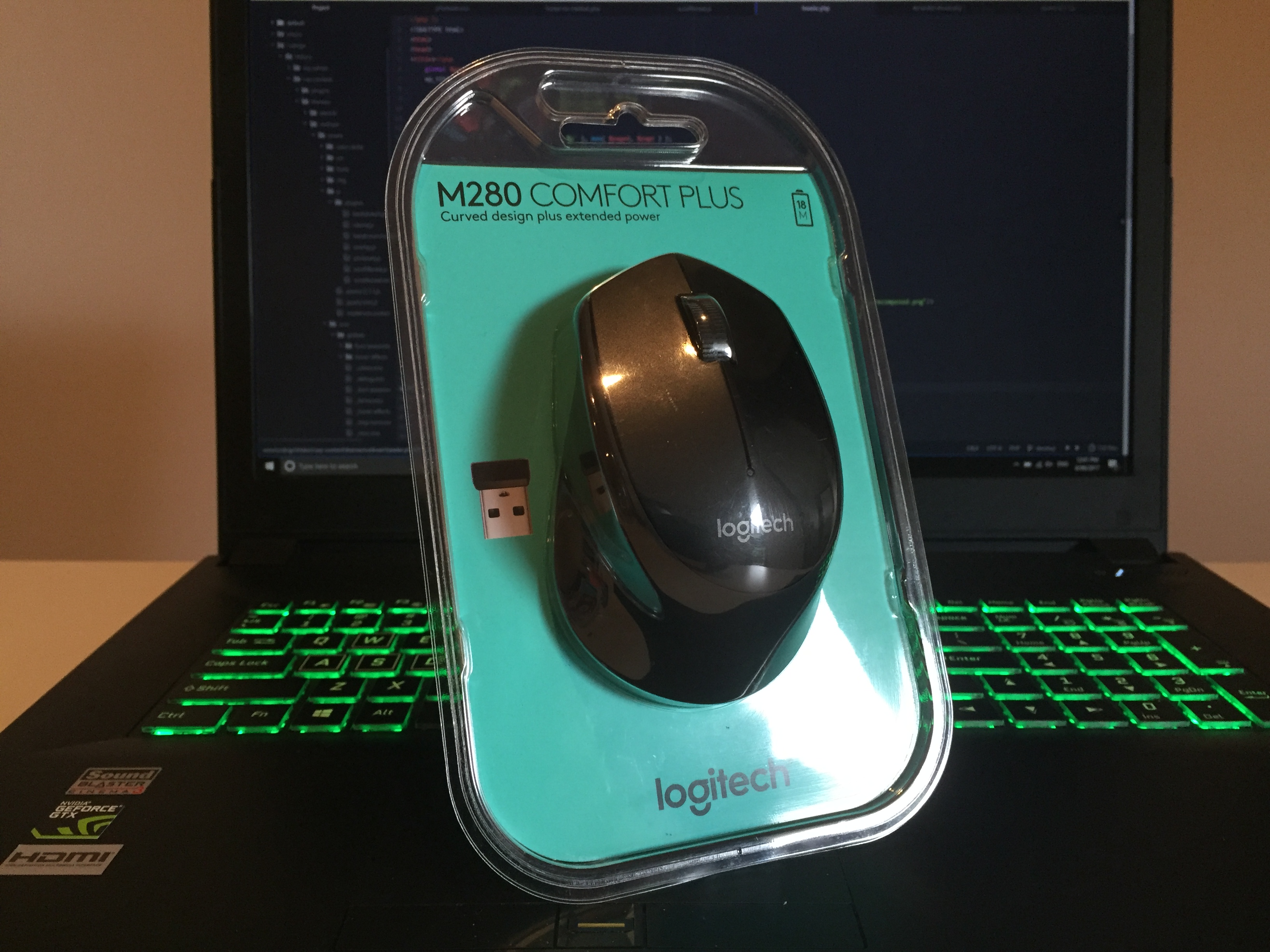 To be honest I didn’t even have one until the point I liberated my brand new mouse from its packaging. But the simplicity of the design did jump out a little bit. The backing color as well, come to think of it the color made my eyes divert from an ocean of generic whites. It did not use a lot of text or technical jargons, just the model name, a short tagline or description and the brand. It felt safe.

You see how it’s standing on the laptop?

When I picked it up from the rack at the store it was hanging on this hanger thing. Then I saw this bubble at the back that made me wonder why it was added. Only when I started taking photos did I appreciate it being there. Probably one of its job was to allow it to stand on its own and sell itself, maybe. 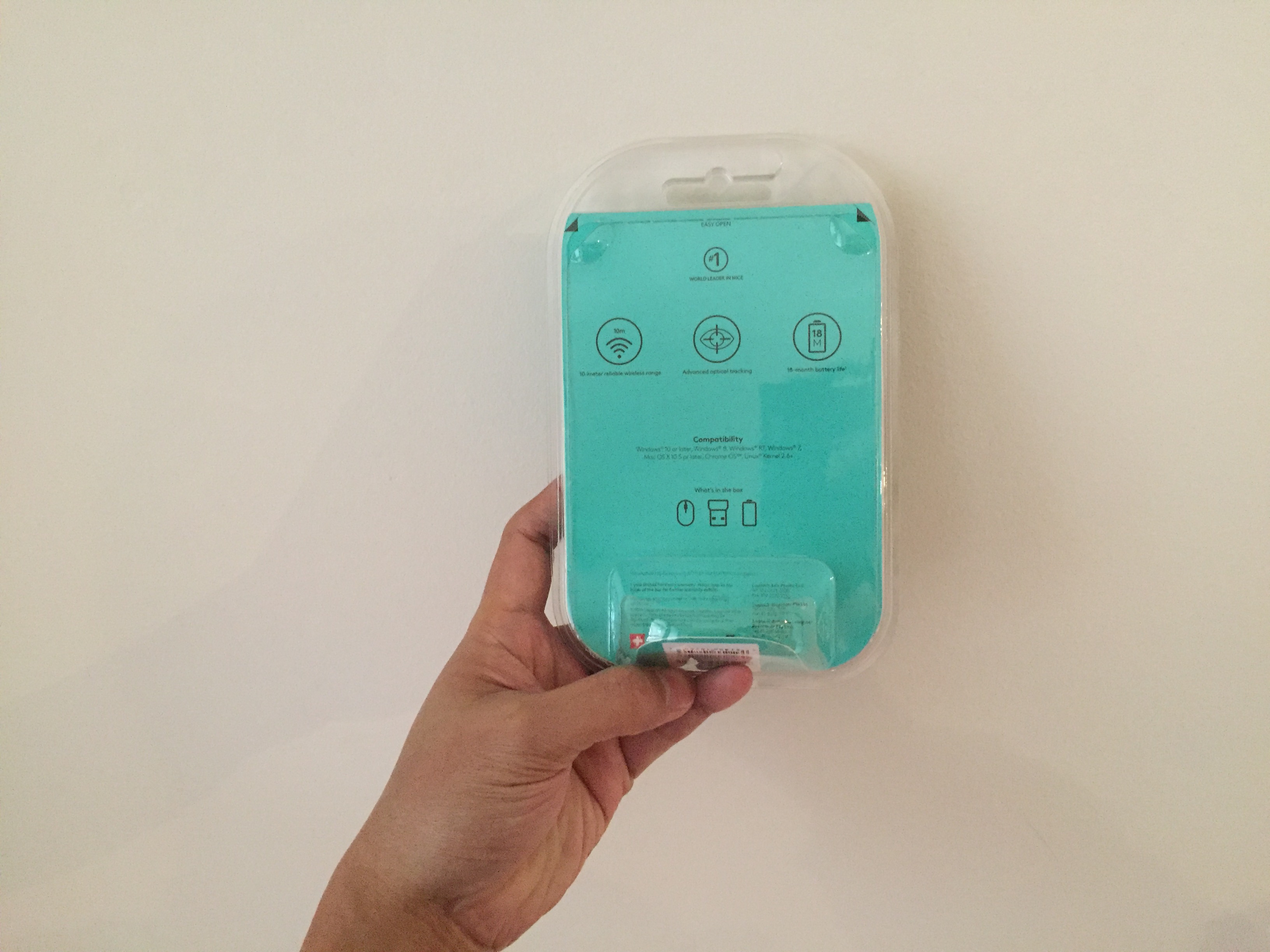 I wasn’t looking forward to opening this thermoformed packaging. Based on previous experience this task involves scissors or a blade cutter, cutting one end only to discover you still need to rip its sides. Ending up with a mess and sharp plastic edges.

So it was a really pleasant surprise when I found out this package has perforated cutouts that makes it a breeze to open. 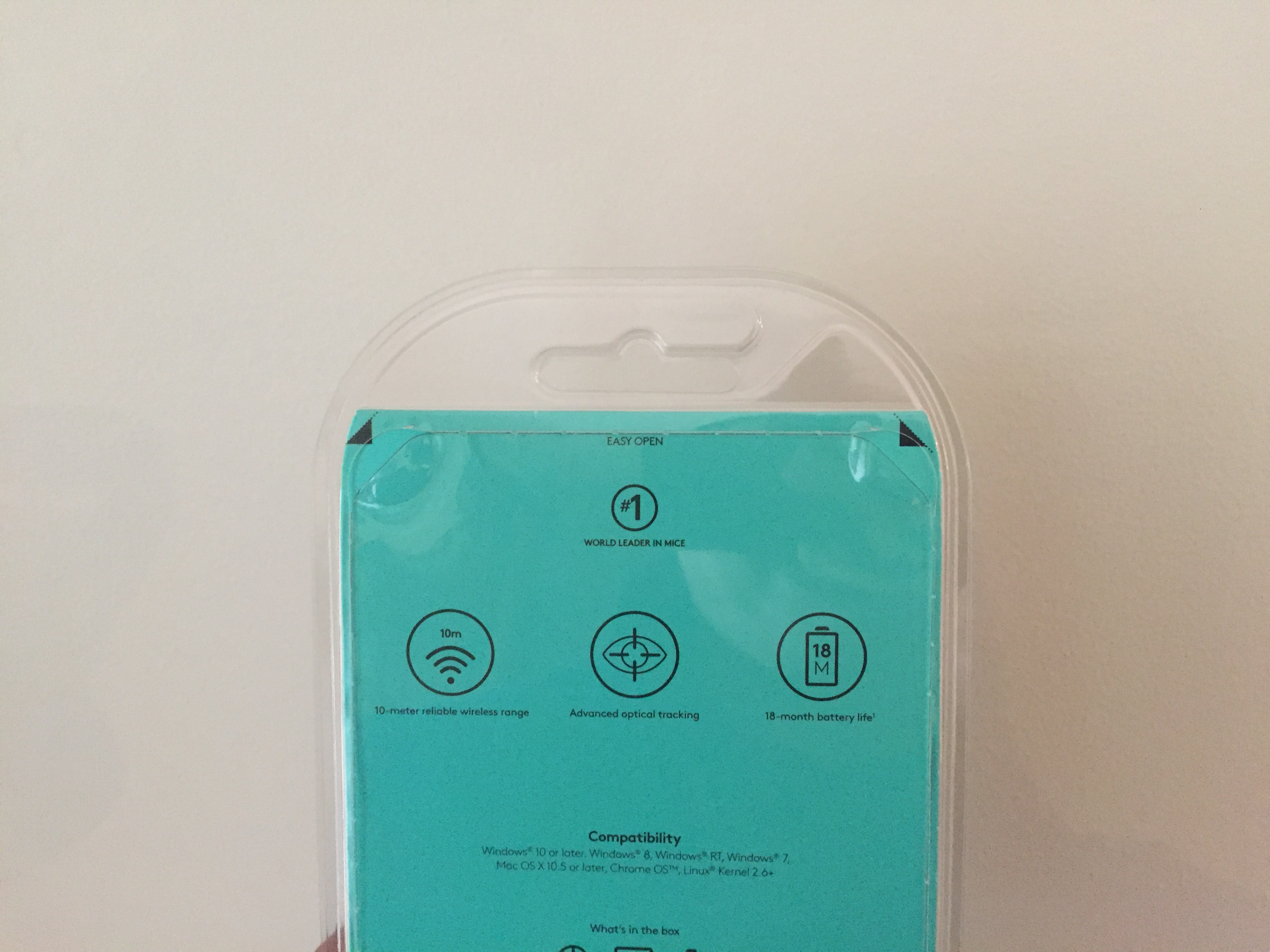 The 2 triangles on each side pointed me to where I should place my fingers to pry it. In between them the words “EASY OPEN” assures me that scissors or other cutting tools are not required.

The minimal content made important instructions hard to miss. The rest are just common product info. With a little effort I was able to take the mouse out. So now I’m ready to test it. But wait where is the wireless adapter? And the package also mentioned a battery. 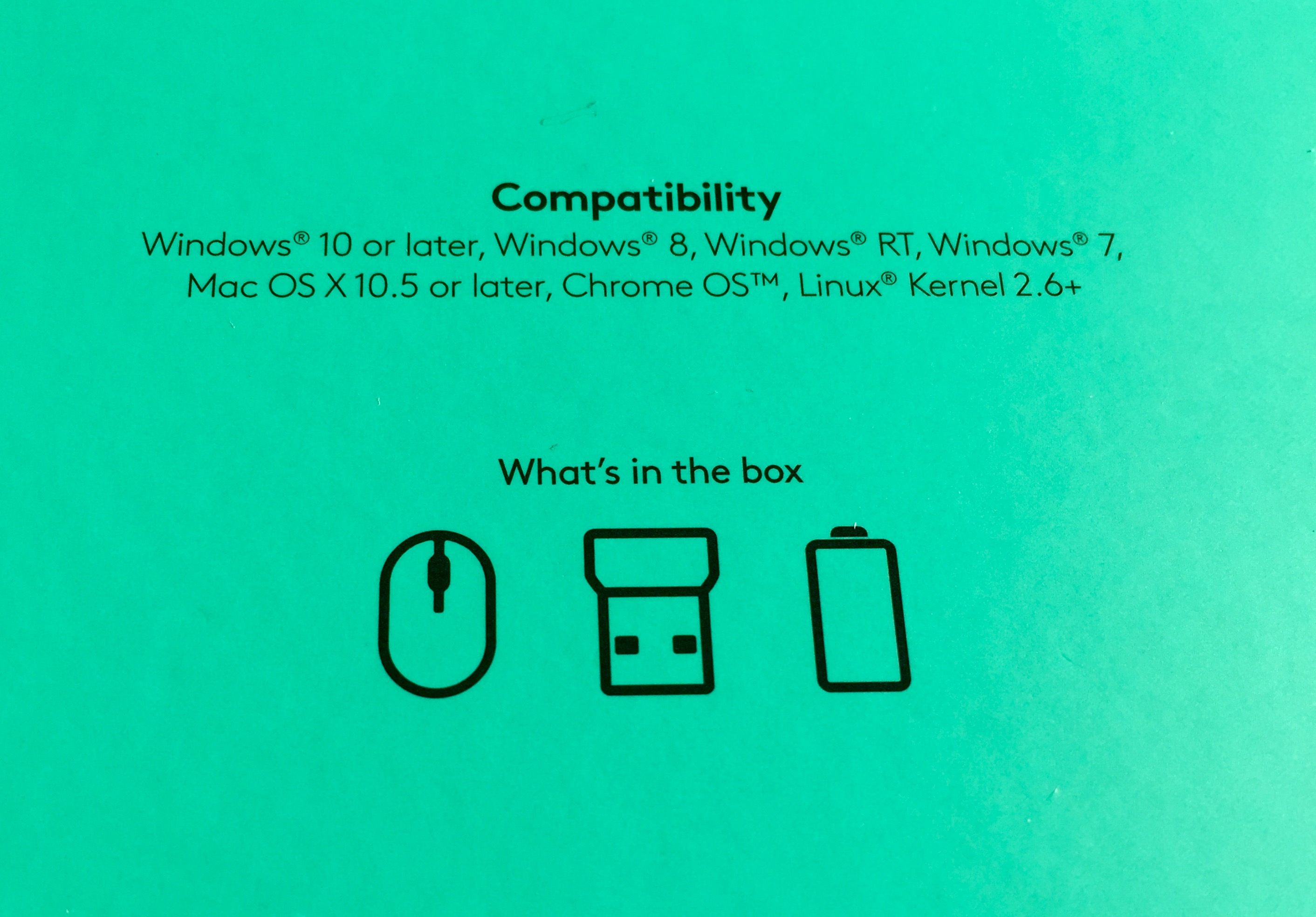 No hidden pockets in the package so nothing left to explore but the mouse itself. Could they have put the battery in? But isn’t that dangerous and wont it use up the battery power if they did. I almost missed the icons but there it is. Two icons just under the battery cover, a battery and what looks like an adapter.

Weird place to put the power button though, always good to have to save power but maybe better if it just goes to sleep after some time of inactivity (which I found out later that it does). Continuing my quest to locate the mysterious adapter and answer why they placed the battery in. I took out the cover as the arrow indicates. 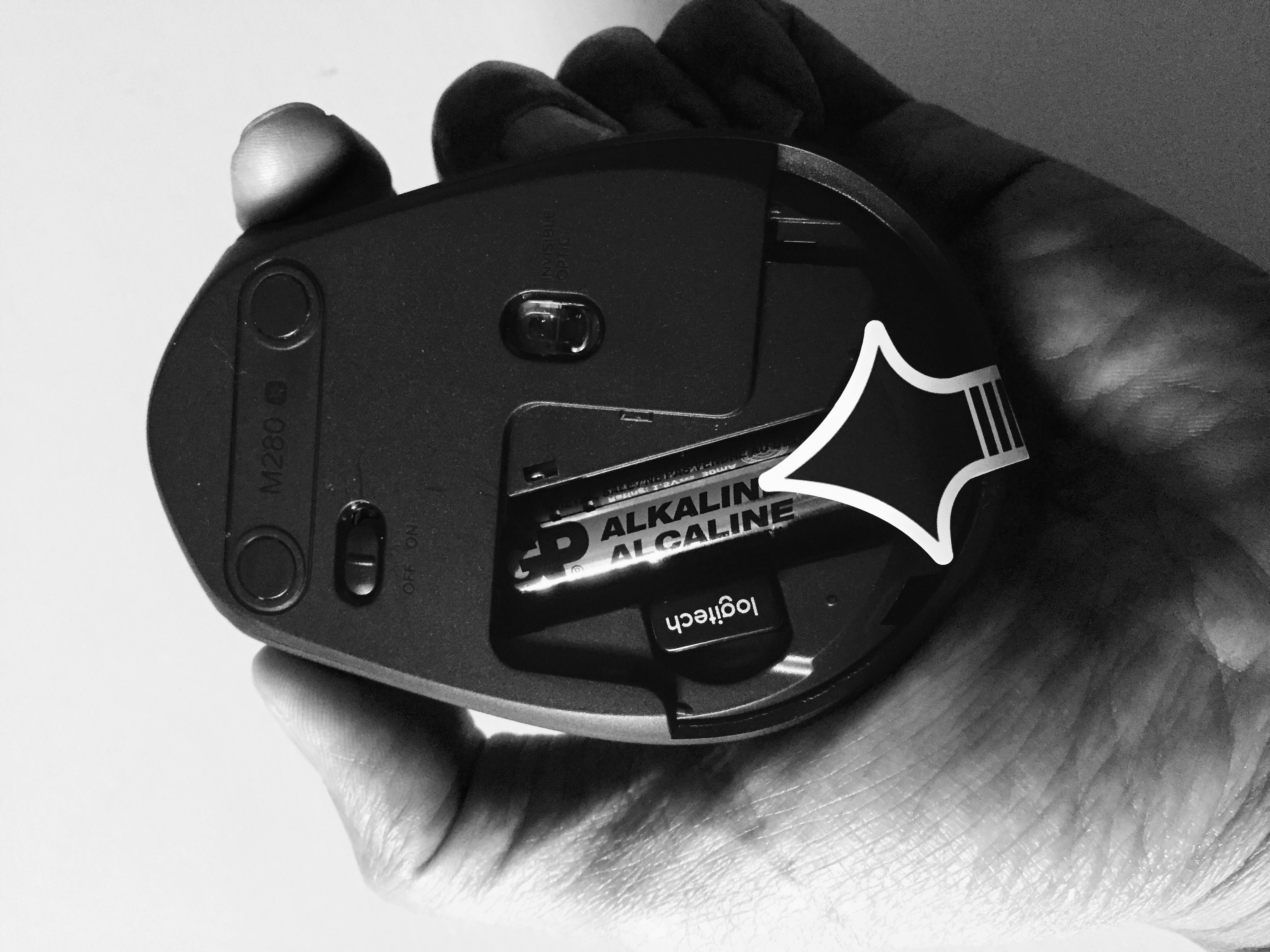 And there it is the battery and the not (really) missing adapter just below it. They even put a laminated arrow as if to say “Look here it is all along”. But wait what is that laminate really for? Oh it prevents the battery from making contact to the mouse power points. And pulling on it actually helps to remove the battery. That was clever.

And then it made me wonder why put the adapter inside? Were they trying to save space in the packaging? That doesn’t make sense. But it looks like they put a lot of thought in making that space where the adapter sits so snugly. Come to think of it. If you are mobile most of the time and the chances of misplacing the tiny adapter is high then it makes sense to make a compartment inside the mouse itself so they travel together. That way if you loose it whoever finds it gets a complete usable wireless mouse. Amazing! Just kidding on the last part but that makes sense too.

I’m a huge supporter of “User Centered Design” there are a lot of different process out there but ultimately you will find similarities in all of them. At the core of it is,

User centered design should not only be celebrated but should also be embraced and promoted by everyone (creators and consumers).

The idea can transcend from everyday objects to almost anything that focuses on users and is not limited to humans. And it simply makes interaction with a system or an object more meaningful and the journey enjoyable.