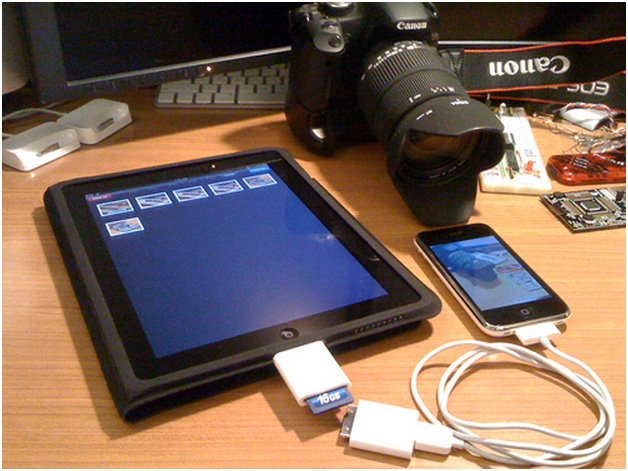 In the time leading up to a shoot, there is a lot that goes through the mind of a photographer. What if there was a device that could carry out dozens of the functions necessary to professional and amateur photographers in a single mobile platform? There are in fact two: Apple’s iPhone and iPad. These cell phones and tablet PCs can utilize thousands of apps for every single shoot. We have boiled down the half million or so iOS apps to these 7 that were built with the photographer in mind. 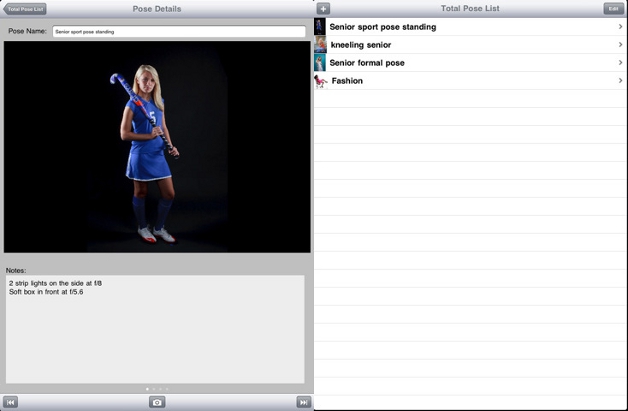 On top of getting all the supplies ready for a shoot, the creative end must also be taken care of to streamline the shoot itself. PosePad for the iPad was created to give serious photographers an edge. This app offers users a step-by-step program to organize every aspect of a photo shoot. The day’s work can be broken down pose by pose to include descriptions and even sample photos of what the photographer or designer is wishing to accomplish. Symbols, such as lighting equipment, can be attached to each diagram to help photographers remember what supplies will be necessary for every shot. 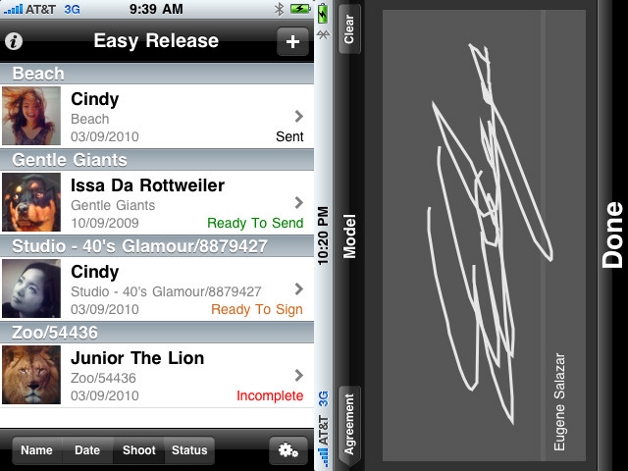 As a photographer makes that tough transition from amateur to professional, there are some behind the scenes steps that must be carefully navigated throughout every photo shoot. One of toughest aspects to organize during a shoot is the liability and legality issues. Contracts, agreements, and permission forms must be signed by all parties, and that is why Easy Release was created.

This app is available to both the iPhone and iPad and offers a streamlined digital alternative to stacks of paperwork. Within a simple interface, photographers, models, and property owners will be able to create, sign, and forward contacts to their email. It also can be used to keep an updated contact list of each of the parties involved on any particular shoot. 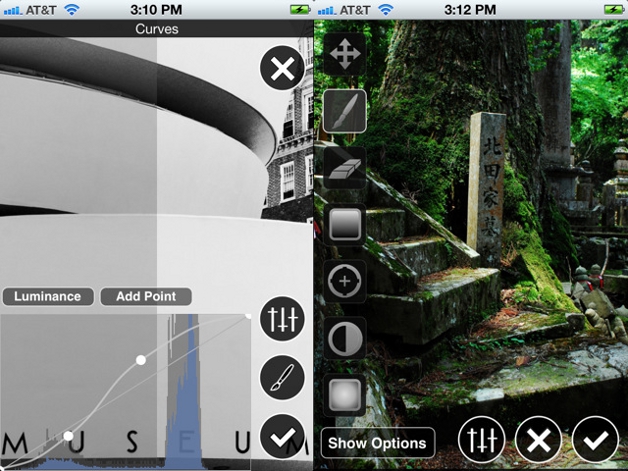 Most serious photographers will gawk at any app that claims to be a decent editing program, but Filterstorm is starting to change this mentality. This iPad app has begun to blur the line between professional editing programs run on desktop computers and the amateur programs that can be run on mobile devices. Filterstorm is one major step ahead of most editing apps as it includes everything from curves and brushes to color balancing and noise filtering. 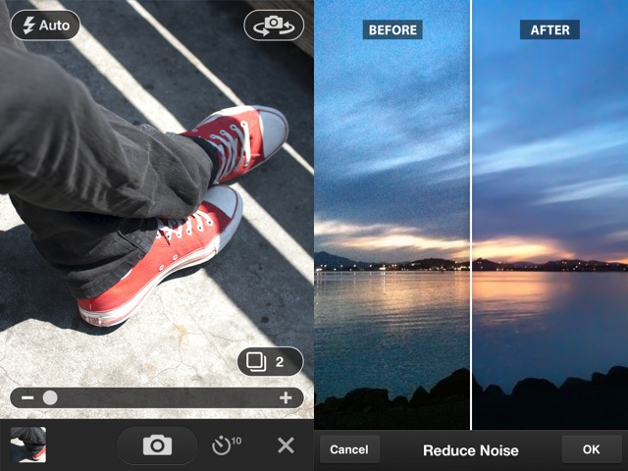 Photoshop has come to dominate the world of photo editing, and a transition to a fully mobile program has had many graphic designers and photographers skeptical. Luckily for iPad owners, this free app does in fact have a handful of features that make it exceedingly useful to the average photographer.

Photoshop Express utilizes all of the basic editing functions as the traditional Photoshop programming including cropping, lighting, and tones. This is not where this app begins to shine though. The standout feature of Photoshop Express it the ability to access a photographer’s entire library of work almost anywhere in the world. Instead of using the iPad’s precious memory, photographers can look up their pictures to get ideas about poses one moment and then show off their work to a potential client the next.

This app has been built for relatively new photographers, with cell phones, and a genuine interest in the intricacies of their trade. Scott Kelby has been a leading voice in the world of photography for over 20 years and is now sharing his knowledge with the rest of the world. This app can be used on the iPad or iPhone to cover video lessons on lighting that range from shooting flowers to deciding on the correct filter. 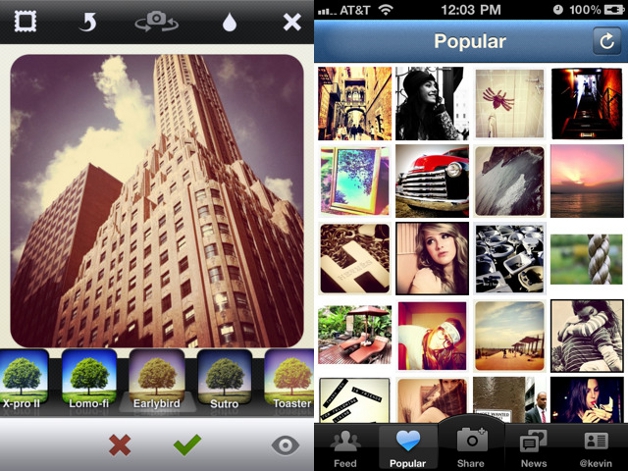 The beauty of Instagram is in its simplicity and quality. Instagram is an iPhone and iPad app that can be used to create interesting photos right off of the device’s camera. Once installed, pictures can be taken with a wide array of colors and filters. These interesting photos can then be sent to Flickr, Twitter, or Facebook with a single tap of the screen. Tattoo Shop is another iPhone and iPad app that is not meant for the professional photographer, unless they have a good sense of humor. This silly app is used to superimpose tattoos onto willing or unwilling victims that have had their picture taken. While this app may not find its way into the world of high-end photo editing programs, it is fun, interesting, and a good way to crack a smile on most anyone’s face.